Popularly known as Mario Miranda or Mario de Miranda, was an Indian cartoonist and painter based in Loutolim in the Indian state of Goa.

Miranda had been a regular with The Times of India and other newspapers in Mumbai, including The Economic Times, though he got his popularity with his works published in The Illustrated Weekly of India. He was awarded Padma Vibhushan in 2012.

Miranda was born in Daman, then in Portuguese India, to Goan Catholic parents. At an early age when his mother saw him drawing on his home's walls, she brought him a blank book, which he calls his "Diary". He even started getting into trouble at school, for sketching Catholic priests. Mario Miranda's early cartoons presented vignettes of Goan village life, a theme he is best known for even today.

He studied at St. Joseph's Boys' High School, Bangalore and then did a B.A. in History at St. Xavier's College, Mumbai.

Miranda started his career in an advertising studio, where he worked for four years, before taking up cartooning full-time. He got his first break as a cartoonist with The Illustrated Weekly of India which published a few of his works. His drawings & cartoons also brought him an offer to work at the Current magazine. A year later, the Times of India offered him a slot, even though they had rejected him at first. Thereafter, his creations, such as Miss Nimbupani and Miss Fonseca, appeared on a regular basis in Femina, Economic Times, and The Illustrated Weekly of India. Miranda work with the Times of India, where he worked with noted cartoonist, R.K. Laxman.

Thereafter, Miranda met artist Habiba Hydari. They got married and had two sons, Raul and Rishaad. 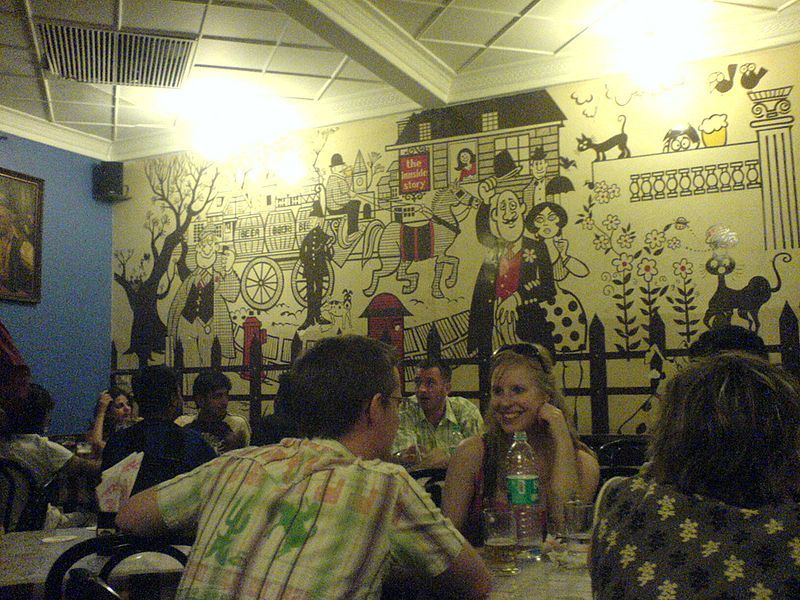 Miranda's big break came in 1974, when, at the invitation of the United States Information Services, he travelled to America, which enabled him to promote his art and interact with other cartoonists in the United States and also got a chance to work with Charles M. Schulz, the creator of Peanuts and met Herblock, the editorial cartoonist of the Washington Post.

He was awarded the Padma Shri in 1988, the Padma Bhushan in 2002 and All India Cartoonists's Association, Bangalore, honoured him with a lifetime achievement award. The King of Spain, Juan Carlos, conferred on Mario the highest civilian honour of "Cross of the Order of Isabel the Catholic" which was presented to him on 11 November 2009 at his family home in Loutulim by Don Miguel Nieto Sandoval and on 29 December 2009 Portugal, under the President of the Republic Aníbal António Cavaco Silva, made him "Commander of the Order of Prince Henry", a Portuguese National Order of knighthood. Mario Miranda was posthumously awarded the Padma Vibhushan, the second highest civilian award in the Republic of India, by the President on 4 April 2012.

He has held solo exhibitions in over 22 countries, including the United States, Japan, Brazil, Australia, Singapore, France, Yugoslavia, and Portugal.

Miranda's cartoons grace the walls of one of South Mumbai's most famous hotspots, Cafe Mondegar, in Colaba. Mario Miranda's caricatures are also seen in the municipal market of Panjim, Goa.

Miranda is also featured in the "Mile Sur Mera Tumhara" video, which included a host of India's most notable personalities in arts, films, literature, music, and sports.

Besides cartooning, Miranda's murals are present on various buildings in Goa and other parts of India. Late in life he took to paintings which received wide response.

Over the years, he published several books, including Laugh it Off, Goa with Love, and Germany in Wintertime. Besides his own books, he illustrated many books.

After retirement, Miranda lived in his ancestral home, at Loutolim, a village in Salcete, Goa, with his wife, younger son and their pets. This house features in the 1985 Shyam Benegal film, Trikaal. Even after he retired, Miranda's work was seen regularly in Mumbai publications, and he was invited to travel to countries such as Mauritius and Spain, and draw their local cultures.

On 11 December 2011, Mario Miranda died of natural causes at his home in Loutolim. His funeral was held on 12/12/11 at Loutulim Saviour of the World Church.

In 2013, a road junction in Mumbai was named after Miranda. 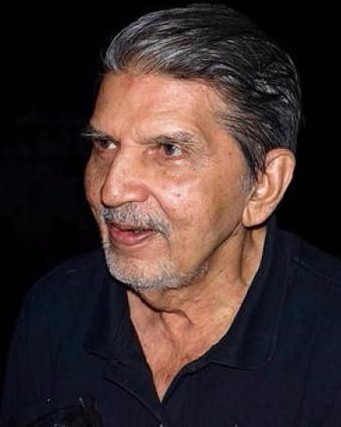 In May 2016, Google honoured him with a doodle on his 90th birth anniversary. The doodle showcased a typical Mumbai neighbourhood scene during the rains.

An exhibition named A pocketful of chuckles on the works of Mário de Miranda is also being held by Galeria Gitanjali, Panjim from the 30th April, 2016. This is the largest exhibition on the original paintings of Mario de Miranda. The life of Mario: 1949 was also brought out by Gerard da Cunha, a 288-page compilation of caricatures by the 23-year old Mario Miranda in 1949. This is the third in a series that includes the years 1950 and 1951 "Mario Miranda's biggest exhibition in state gets under way in Panaji". Retrieved 02 May 2016.