International Nurses Day (IND) is celebrated every year all around the world on 12th of May to commemorate the birth anniversary of the Florence Nightingale and to mark the nurses contributions towards people’s health.

Nurses Day was first proposed by the Dorothy Sutherland (an officer from the U.S. Department of Health, Education and Welfare) in the year 1953 and first proclaimed by the President Dwight D. Eisenhower. And it was first celebrated by the International Council of Nurses (ICN) in the year 1965.

In the month of January in 1974, the 12th of May was declared to be celebrated as the birthday anniversary of the founder of modern nursing, the Florence Nightingale. International Nurses Day Kit (having educational and public information materials to be used by the nurses among public) is prepared and distributed every year by the International Council of Nurses while celebrating the nurses day.

International Council of Nurses commemorates the International Nurses Day annually all around the world on 12th of May as the birth anniversary of the Florence Nightingale. International Council of Nurses would distribute an IND Kit in 2014 having educational and public information materials with the theme “Nurses: A Force for Change – A vital resource for health”. Nurses are encouraged at this day to comprehensively use this kit throughout the year through their individual and group activities.

Florence Nightingale (the foundational philosopher of the modern nursing) was born on 12th of May in 1820. International Council of Nurses established the day in 1974 to be celebrated every year to highlight the importance of nurses role in providing the best health care services. She became an important figure of the nursing since Crimean War during 1850s. She, stationed at the Barrack Hospital, Scutari, reformed the health care services and nursing and opened “the Nightingale School of Nursing” at the St. Thomas Hospital, London in 1860.

Promotional and educational activities are organized while celebrating the International Nurses Day annually to address lots of nursing issues. The theme of celebration is selected based on nurses and environment, handling poor, poverty issues and many more. It is celebrated as a week-long event, referred as National Nurses Week, in many countries like Australia, United States, Canada and etc.

International Nurses Day is celebrated every year by organizing a candle lamp service in the Westminster Abbey, London. A candle lamp is handed over from one nurse to another (symbolizing to pass the knowledge from one nurse to another) to place it on the High Altar. A big ceremony is also held at the St. Margaret’s Church, the Florence Nightingale burial place, a day after her birthday.

It is celebrated for week long in the US and Canada as a National Nursing Week from 6th of May to 12th of May. Varieties of nursing ceremonies are conducted during the whole week celebration in the Australia. National Nurses Week is the whole week celebration targeting the health care services on international level. It is celebrated to recognize the contributions and commitments of the nurses among common public. American Nurses Association supports and encourages the celebration of National Nurses Week all through states and districts nurses associations including other health care companies and institutions.

Whole week celebration is planned to commemorate the nurses significant role in caring patients. Activities are held such as educational seminars, variety of community events, debates, competitions, discussions and etc. Nurses are appreciated and honoured at this day by distributing gifts, flowers, organizing dinners and etc. by the friends, family members, co-workers (doctors, administrators, and patients).

It is celebrated annually on 12th of May to celebrate the birth anniversary of the modern nursing founder, the Florence Nightingale. Nursing is the largest health care profession in the world and nurses are the key of achieving the Millennium Development Goals (MDG). Nurses are well trained and educated for maintaining the health and wellness of the patients through all the aspects like psychosocially, socially and etc.

International Council of Nurses celebrates this event aiming to increase the public awareness about the nursing and nurses contribution towards the health care innovation. Nurses are the fast and first point of contacting for health services. Nurses are innovatively practiced to provide free health check-up to the industries indicating their willingness of improving the health of staffs, to meet all the local needs, to improve the physical, mental and well-being of the patients and etc.

Every year theme of the International Nurses Day celebration from 1988 is mentioned below:


Some of the quotes on International Nurses Day. 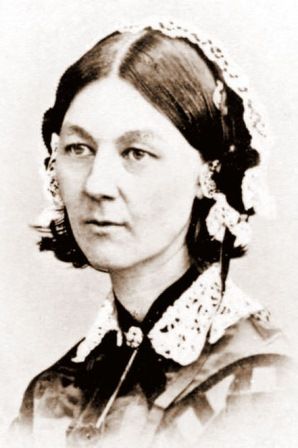 Florence Nightingale, was a celebrated English social reformer and statistician, and the founder of modern nursing. She came to prominence while serving as a manager of nurses trained by her during the Crimean War, where she organised the tending to wounded soldiers. She gave nursing a highly favourable reputation and became an icon of Victorian culture, especially in the persona of "The Lady with the Lamp" making rounds of wounded soldiers at night.

Some recent commentators have asserted Nightingale's achievements in the Crimean War were exaggerated by the media at the time, to satisfy the public's need for a hero. Nevertheless, critics agree on the decisive importance of her follow-up achievements in professionalising nursing roles for women. In 1860, Nightingale laid the foundation of professional nursing with the establishment of her nursing school at St Thomas' Hospital in London. It was the first secular nursing school in the world, now part of King's College London. The Nightingale Pledge taken by new nurses was named in her honour, and the annual International Nurses Day is celebrated around the world on her birthday. Her social reforms include improving healthcare for all sections of British society, advocating better hunger relief in India, helping to abolish prostitution laws that were over-harsh to women, and expanding the acceptable forms of female participation in the workforce.

Nightingale was a prodigious and versatile writer. In her lifetime, much of her published work was concerned with spreading medical knowledge. Some of her tracts were written in simple English so that they could easily be understood by those with poor literary skills. She also helped popularise the graphical presentation of statistical data. Much of her writing, including her extensive work on religion and mysticism, has only been published posthumously.